TERRORISTS in eastern Aleppo stitched grenades to children’s dolls in the final days before the city was wrenched back into Syrian government control.

Dozens of booby-trapped toys have been found under the wreckage of the one of the city’s buildings — levelled by Russian warplanes and troops loyal to dictator Bashar al-Assad. 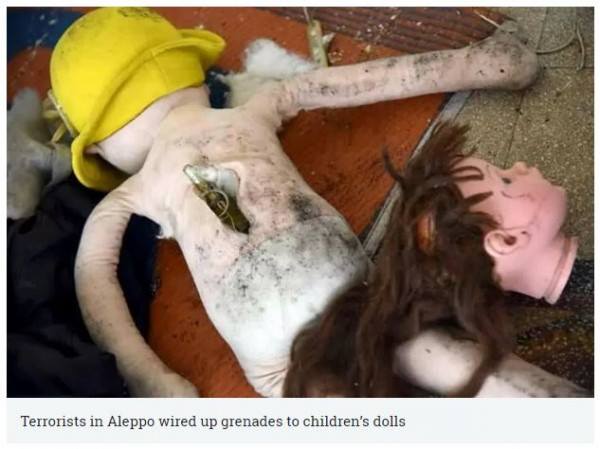 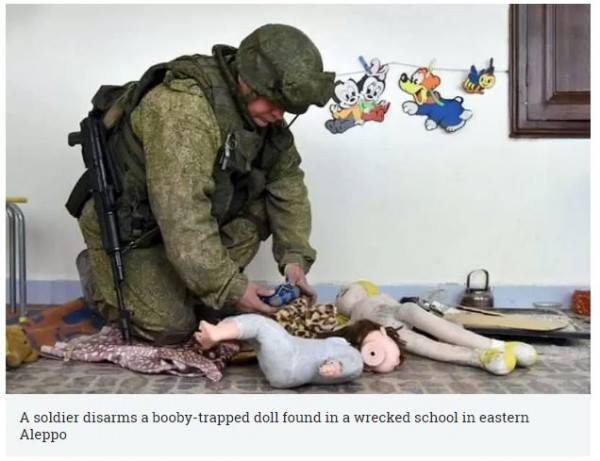 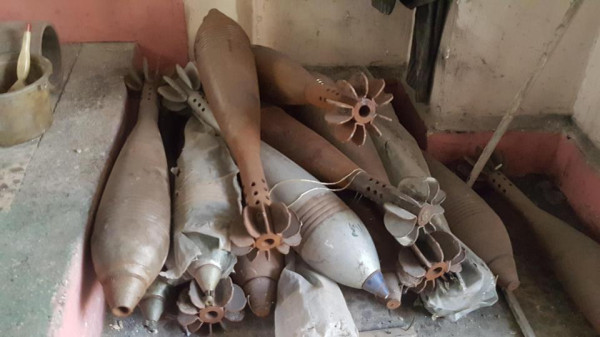 While they may have been placed to target soldiers, curious children scouring the rubble of the old school could have easily detonated a deadly bomb.

The IEDs were found by Russian sappers tasked with de-mining the devastated neighbourhoods of the formerly rebel-held district.